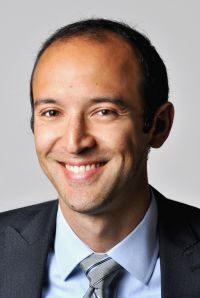 “The Marginal Product of Climate” (Joint with Tatyana Deryugina)

Abstract: We develop an empirical approach to value marginal changes to a climate in terms of total market output given optimal factor allocations in general equilibrium. Our approach fully accounts for unobservable heterogeneity as well as all costs and benefits of adaptation in climates of arbitrary dimension. Importantly, we use the Envelope Theorem to show that the marginal product of a probabilistic long-run climate can be exactly identified using only idiosyncratic weather realizations. We apply this approach to the temperature climate of the modern United States and find that, despite evidence that populations have adapted to their local climates, the marginal product of climate has remained unchanged during 1970-2010, with the highest temperatures having the lowest net value. Capital investments associated with urbanization are important but incomplete substitutes for mild temperatures. Integration of marginal products allows us to construct a value function for climate up to a constant, allowing valid causal, non-marginal, cross-sectional and climate change comparisons net of all re-optimization using existing adaptation technologies. In our preferred specification, we estimate that, for example, the climate of Northern Minnesota returns over $2,000 per capita more annually than the climate of Southern Texas. Using a 3% discount rate, the NPV of “business as usual” warming (RCP8.5) until 2100 in the median scenario is a loss of $6.7 trillion. Full Paper