“The Growing Risk and Burden of Wildfire Smoke”

Abstract: We study the growing societal burden of wildfire smoke. Using a combination of remote sensing, machine learning, and causal inference, we quantify how exposure to wildfire-sourced particulate matter is changing across the contiguous US. We then use this information in a number of downstream tasks: we develop a new metric of wildfire severity related to population smoke exposures, we quantify the contribution of wildfire smoke to overall pollution trends, and we link smoke exposures to the universe of emergency department visits in CA to understand health impacts.

“Attribute-based Subsidies and Market Power: an Application to Electric Vehicles”

Abstract: Sufficient statistics have proven to be a very useful tool for measuring welfare changes. Our paper extends this literature in three ways: First, we extend the theory for estimating the welfare impacts of price changes by including externalities that affect consumption decisions. Second, we apply the theory to an area of growing policy importance: congestion pricing. We develop estimates of peak and off-peak demand elasticities for urban mass transit in San Francisco using a large natural experiment and a natural field experiment that subsidized travel across 4.8 million trip sessions. Third, we estimate the welfare impacts for these subsidies using a sufficient statistics approach and a marginal value of public funds (MVPF) approach, and provide a way to connect these approaches. Our analysis suggests that off-peak subsidies can increase welfare, but the positive effects are reduced when consumers take the decisions of others into account compared to when they do not. We also find a large variation in the welfare impacts of shifting travel to different periods, which is explained by differences in demand and congestion characteristics. Finally, we show that the targeting of subsidies can increase welfare, but need not do so if the regulator does not have accurate information on demand.

“Money (Not) to Burn: Payment for Ecosystem Services for Crop Residue Burning”

“Does Directed Innovation Mitigate Climate Damage? Evidence from US Agriculture”

This paper studies how innovation reacts to climate change and shapes its economic impacts, focusing on US agriculture. We show in a model that directed innovation can either mitigate or exacerbate climate change’s economic damage depending on whether new technology is on average a substitute for or complement to favorable climatic conditions. To study the technological response to climate change empirically, we combine data on the geography of agricultural production, shifting temperature distributions, and crop-specific temperature tolerance to estimate crop-specific exposure to damaging extreme temperatures; we then use a database of crop-specific biotechnology releases and patent grants to measure technology development. We first find that innovation has re-directed toward crops with increasing extreme temperature exposure and show that this effect is driven by types of agricultural technology most related to environmental adaptation. We next find that US counties’ exposure to innovation significantly dampens the local economic damage from extreme temperatures, and estimate that directed innovation has offset 20% of the agricultural sector’s climate damage since 1960 and could offset 15% of projected damage by 2100.

“The Costs of Environmental Policy Uncertainty: The Case of Air Toxics Standards”

“Winds of Change: Technical Progress and Learning in Wind Power” (with Thom Covert)

Abstract: We study the impact of learning-by-doing and product innovation on the path of technical progress in wind turbine manufacturing. To measure changes in wind turbine cost over time, we leverage a simple but physically realistic model of how observable wind turbine characteristics, like rotor size, relate to power production and manufacturing material needs.  We embed this into a model of wind turbine demand, and estimate it using 20 years of global data on wind farm characteristics, including wind speeds, power prices, and the turbines they installed.  Our cost estimates negatively correlate both with manufacturer experience, and with measures of manufacturing innovation, like the delivery of newer and larger turbines.  These results are consistent with a theory that LBD and innovation explain much of the observed decline in wind turbine prices over the last 20 years.

Abstract: Satellites have been observing the Earth for many decades, with monitoring of agriculture a key application since the beginning. Yet the generation of quantitative datasets has been lacking, hampering the ability of econometricians to achieve their divine purpose of causal inference, especially in developing countries where existing agricultural datasets are limited. Recent advances both in sensors and algorithms have been improving the scope for tracking key agricultural outcomes. This talk will review these advances, with particular emphasis on (i) how yield estimates from satellite compare to traditional ground measures, and (ii) examples of how these estimates can be applied to quantify associations and assess causality in both developed and developing country settings. It will also review remaining obstacles to make satellite-based datsasets truly mainstream for use by econometricians. 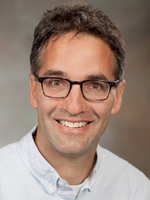 Abstract: We consider climate policy by one country in a world with international trade in energy and in manufactured goods produced with energy and labor. Assuming that the country’s trading partner is passive, we derive an optimal unilateral policy to confront the global externality from manufacturing’s combustion of carbon-based energy. Our solution strategy combines techniques from Markusen (1975) and from Costinot, Donaldson, Vogel, and Werning (2015). We interpret the optimal policy as a particular set of taxes and subsidies. The key features are: (i) the country institutes a carbon tax equal to its damages from emissions, raising the cost of energy for its manufacturers relative to the price received by its energy extractors; (ii) this Pigouvian tax is the sum of an extraction tax and a production tax on the use of energy, with a border adjustment on imports equal to the production tax; (iii) the mix between the extraction and production tax is optimized to reduce carbon leakage and to improve the country’s terms of trade; (iv) the border adjustment on the energy content of imported manufactured goods leaves the country’s consumption decisions undistorted; (v) energy taxes are not removed at the border for exports, but instead the country subsidizes exports of goods in which its comparative advantage is weak while taxing those where its comparative advantage is strong; (vi) the country expands exports of manufactures on the extensive margin, potentially even exporting goods that it also imports. Features (i)-(iii) of this optimal policy are reminiscent of Markusen, in a model with trade only in energy. Features (iv)-(v) are reminiscent of Costinot et al., in a model with no externalities. A novel property, captured in (vi), is how the country can exploit international trade in manufactured goods to expand the reach of its climate policy. Through its tax policy the country indirectly controls how energy is used in producing both its imports and its exports.

This seminar will be online. Zoom details will be provided a couple of days prior. 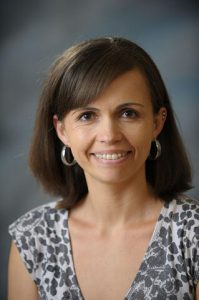 University of Illinois at Urbana-Champaign
Homepage