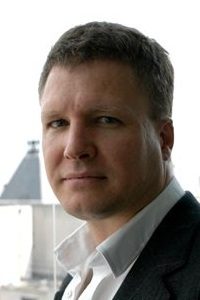 Title: “Do Agents Internalize the Environmental Costs They Impose on Others? Evidence from 100,000 Forest Fires in Indonesia” (Joint with Clare Balboni, LSE and Ben Olken, MIT)

Abstract: Negative environmental externalities in the form of pollution, degradation of natural resources and greenhouse gas emissions are highly prevalent in developing countries and impose large costs on resident populations. Private benefits are often small relative to social costs and these externality producing actions are often illegal or highly regulated. A central question in environmental economics therefore concerns the degree to which agents internalize the costs that they impose on others. To study this we construct a novel data set of over 100,000 forest fires in Indonesia, in which we link burning areas over time and space to determine where each fire started and where it spread. These forest fires run out of control, and in 2015 CO2 emissions from fires in Indonesia exceeded those from all sources in the US. Consistent with fire setting carrying private benefits we find that fires are more likely to be set in areas following deforestation where land is being converted to plantations. By mapping land types around ignition points, and using temporal variation in wind speeds (which influence the risk that fires spread), we show that agents partially respond to costs. They are less likely to set fires and more likely to contain fire spread when the cost of fire spread is higher. On net we estimate that fires would be halved if the area at risk for fire spread was entirely within the same property owner as the ignition point. To study how public and private regulation might be play a role in bringing private and social costs into greater alignment we examine both how the incidence of government sanctions for starting fires corresponds with fire setting behavior and how membership of the Roundtable on Sustainable Palm Oil (RSPO) affects the propensity to set forest fires.