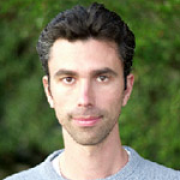 Abstract: Much of the literature that examines the impacts of environmental change utilises high frequency (typically annual) shocks. This approach yields cleanly identified effects, but has been criticized for failing to account for adaptations to more gradual long-term changes. We study adaptations by smallholder farmers to growing water scarcity in the drought stricken, but rapidly growing Indian state of Karnataka. We exploit two types of variation in the intensity of exposure to water scarcity: fine-scale spatial variation in the intensity of drought across villages, deriving from the high degree of precipitation variability in the area; and variation in the probability of well failure across farmers within villages, presumably deriving from the nature of hard-rock geology. Detailed survey data on cultivation and employment suggests against adaptation within agriculture, but that shifts to non-agricultural employments may or may not be able to compensate for income losses resulting from losing access to water.