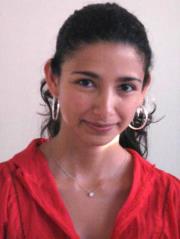 “The Effect of Air Pollution on Migration: Evidence from China”

Abstract: This paper looks at the effects of air pollution on migration in China using changes in the average strength of thermal inversions over five-year periods as a source of exogenous variation for medium-run air pollution levels. Our findings suggest that air pollution is responsible for large changes in inflows and outflows of migration in China. Specifically, we find that a 10 percent increase in air pollution, holding everything else constant, is capable of reducing population through net outmigration by about 2.8 percent in a given county. We find that these inflows are primarily driven by well-educated people at the beginning of their professional careers, leading to substantial changes in the sociodemographic composition of the population and labor force of Chinese counties. We also find strong gender asymmetries in the response of mid-age adults that suggests families are splitting across counties to protect vulnerable members of the household. Our results are robust to different specifications, including a spatial lag model that accounts for localized migration spillovers and spatially correlated pollution shocks.