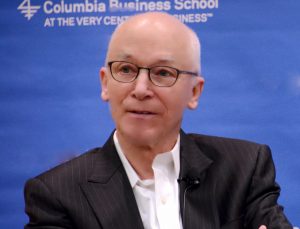 “Coase, Hotelling and Pigou: The Incidence of a Carbon Tax and CO2 Emissions”

Abstract: A carbon tax has been widely discussed as a way of reducing fossil fuel use and mitigating climate change, generally in a static framework. Unlike standard goods that can be produced, oil is an exhaustible resource. Parts of its price reflects scarcity rents, i.e., the fact that there is limited availability. We highlight important dynamic aspects of a global carbon tax, which will reallocate consumption through time: some of the initial reduction in consumption will be offset through higher consumption later on. Only reserves with high enough extraction cost will be priced out of the market. Using data from a large proprietary database of field-level oil data, we show that carbon prices even as high as 200 dollars per ton of CO2 will only reduce cumulative emissions from oil by 4% as the supply curve is very steep for high oil prices and few reserves drop out. The supply curve flattens out for lower price, and the effect of an increased carbon tax becomes larger. For example, a carbon price of 600 dollars would reduce cumulative emissions by 60%. On the flip side, a global cap and trade system that limits global extraction by a modest amount like 4% expropriates a large fraction of scarcity rents and would imply a high permit price of $200. The tax incidence varies over time: initially, about 75% of the carbon price will be passed on to consumers, but this share declines through time and even becomes negative as oil prices will drop in future years relative to a case of no carbon tax. The net present value of producer and consumer surplus decrease by roughly equal amounts, which are almost entirely offset by increased tax revenues. Full Paper